The volume of the mound is 239,133 cubic metres, the ditch and extension 235,522 cubic metres. (David Field, "Silbury Hill: the archaeological and historical background" in Research News, English Heritage, No 10, Winter 2008-09)

Thanks are due to Silbury archaeologist Dr Jim Leary for pointing out the relevance of this worldwide creation myth to Silbury. Jim recommended Robert L Hall's excellent book An Archaeology of the Soul: North American Indian Belief and Ritual, which features the myth, along with other ideas that resonate with Silbury. There are, for example, six directions in Indian folklore – North, South, East, West, Sky and Earth...

A partial collapse of Silbury in 2000 resulted in a massive programme of restoration work by English Heritage (who have since been re-branded as Historic England). The mound had many cavities from tunnels that had not been backfilled.  As these were being repaired by a specialist mining company, a team of archaeologists worked alongside, gathering data. This fascinating project could not be featured in Exploring Avebury due to limited space; for readers who would like to know more, there are two excellent books available.  The Story of Silbury Hill  by Jim Leary & David Field is affordable and highly recommended - it is a first-hand account of the project, beautifully illustrated and written by two respected archaeologists.  Silbury Hill is the official monograph, aimed at professionals, detailing all the findings in a £50 hardback. 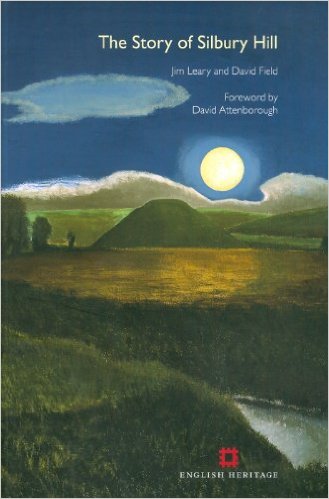 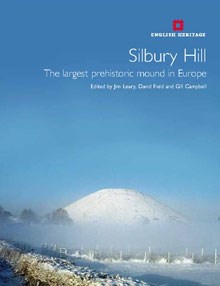 Because Silbury resembled the many round barrows of the area, some of which were known to contain gold and other valuables, it was long assumed that Silbury must hold some great treasure. Aubrey wrote that local tradition held it to be the grave of King Sil (or 'King Zel' in the Wiltshire dialect) who was buried on his horse. It seems likely that this name was simply a corruption of 'King's Hill' denoting a large and important mound, but the idea stuck. AC Smith retold the legend in 1862, by which time the king and his horse had become a life-sized equestrian statue of solid gold. (Smith, "Silbury" in WAM 7, 145-91)

Many tunnels have been dug into the mound over the centuries, most notoriously by Edward Drax in 1776. Drax employed a team of Mendip miners to dig a vertical shaft down into the mound. Two of Drax's letters, written in 1776 but only discovered this century, describe how the tunnel was dug. The first six feet of ground had been disturbed, probably by an episode of tree-planting recorded by Stukeley; below this the miners encountered chalk blocks "the size of a man's head, thrown in loosely" and at regular intervals, small pieces of deer antler. Then 82 feet (25 metres) down into the mound a "perpendicular cavity" was found, seemingly created by a central timber post or tree trunk that had long since rotted, leaving only a tiny slip of wood that was retained for many years by Drax; it has since been lost. (Note: The depth to the start of the cavity was originally transcribed as 95 feet - closer inspection of Drax's letter shows that he first correctly wrote 82 feet, then wrote 95 over the top. Ref to come from BE) Drax wrote that the void, which was "just six inches over" had been followed for about twenty feet (6m) and it could be plumbed for about eleven feet (3.3m) more, which would be down to the original ground surface. It is possible that this post was used in constructing the mound, so that the centre could be seen and the shape maintained as more material was added. Drax though, believed it was evidence that the mound had been "raised over a Druidic oak". (Edwards, B. 2010, "Silbury Hill: Edward Drax and the excavations of 1776" in WANHM Vol. 103, pp 257-268)

The Marlborough Mound is just one example of a late neolithic 'round mound' - there may be many more around Britain. In recent years, a new class of late neolithic monument has come to be recognised. In the centuries around 2500 BC conical, flat-topped mounds, without burials, were built close to rivers and springs. Often associated with palisaded enclosures, they occupy the same type of low-lying marshy ground. The connection to water is clear. The biggest and best-known is Silbury, but there may once have been hundreds of smaller examples around Britain. Although many mounds may have been levelled or eroded away, others still exist but have been wrongly dated, due to their later period of re-use.

The Marlborough Mound was used as a medieval motte, with fortifications on its summit, as part of a castle complex. In the 1650s it became a garden feature and a spiral path was cut to the top by the Seymour family. When Stukeley visited in the 1720s he observed that springs could be seen bubbling up from the 'canal' around its base. The mound's true age was ascertained in 2010 by Jim Leary, who had previously led work on Silbury and the destroyed mound at Marden. Cores were dug vertically down into the Marlborough Mound: recovered charcoal determined a date of around 2500 BC, showing that the mound was contemporary with Silbury and Marden. Many more mounds may have been appropriated for military use in the medieval period, thus saving the considerable labour and cost of building a new mound. Any shallow excavation near their surface would recover pottery and debris of that time; only deep coring can reveal their true age. Leary has identified another site further east along the river Kennet that has three potential water mounds within a small area close to the river. Hamstead Marshall in Berkshire is midway between Hungerford and Newbury; the three mounds are labelled as mottes on the OS map. There has yet been no excavation to confirm an earlier date for the mounds.

How many more unidentified round mounds might there be? Medieval castles around Britain are well documented, numbering several thousand. Many had mottes, which were usually, but not always, accompanied by a rectangular enclosure known as a bailey. There are several hundred isolated 'mottes' without baileys. Some of those sited in low-lying marshy areas, near rivers and springs, could originally have been neolithic mounds. From the few mounds that have so far been investigated, it seems they were constructed by periodically adding layers of whatever material lay beneath the water that was nearest to, or surrounded, the mound. In Silbury's case this was mainly pure chalk, so a white mound resulted. The Hatfield Barrow inside Marden Henge was made of the local greensand, a soft and easily waterlogged sandy clay. The mound collapsed when excavated in the 19th century. Cores taken from the Marlborough Mound showed it to be composed of silty clay, flint gravel and chalk - exactly what may be found beneath the waters of the river Kennet where it flows past the mound.

We will undoubtedly see the recognition of more mounds in coming years. Let us hope that further study may eventually lead to an understanding of why they were built.

Skipsea Castle in East Yorkshire (below) was one of the first round mounds to be cored. Once a motte (with bailey) that was part of a Norman castle complex, it sits on low, wet ground with a nearby river and springs. Carbon dating in Sept 2016 revealed the original mound to be Iron Age, from around 500 BC. 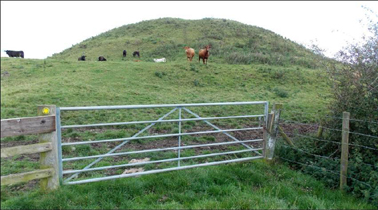 Above: Skipsea Castle in East Yorkshire

Below: Two of the three mounds at Hamstead Marshall, West Berkshire.

The photographic mosaic on page 133 of Exploring Avebury features just 25 of the plant species found inside Silbury - there were many more. Although there are lists of species in previous publications, the most up-to-date and reliable information may be found in:
Leary, J., Field, D. and Campbell, G. (2013). Silbury Hill. Europe's largest prehistoric mound. Swindon: English Heritage publishing.