Piggott in his 1962 report estimated that the remains of at least 43 people were placed in the five chambers as primary deposits, but a more recent reappraisal indicated that there were likely only 36. The bodies were of both sexes and between three and fifty years old. Almost all those over 25 years old showed signs of arthritis, particularly of the back, hands and feet; several had spina bifida. There were a few instances of bone fractures that had healed and one young woman had scaphocephaly - a birth defect characterised by a long and narrow head shape.

There may have been some significance in the grouping of bodies by age and sex: the west chamber, for instance, contained only six males; according to Thurnam, one was in "a sitting position". All the bodies appeared incomplete or disarticulated; some bones were charred and there was a disproportionate lack of skulls and long bones. Piggott's interpretation was that burials of intact bodies had been progressively added to the chambers over many centuries, with previous burials being pushed aside or 'tidied' to make room, and some skulls and long bones selectively removed. It was thought that after this long period of use as a tomb the barrow had been ritually sealed; its chambers and passage were filled up to the roof with chalk rubble that was seeded with a large variety of deposits - knapped flints; the small animal bones found by Thurnam; whetstones, boar tusks, beads and much more.

Piggott thought the objects had been accumulated outside the barrow over a long period, then deposited in a single ceremonial event in the early Bronze Age, as indicated by the inclusion of Beaker pottery sherds. Simultaneously, it seemed, the way into the tomb was blocked by three huge sarsen slabs and a 'false entrance' of twin uprights added; large boulders were inserted between them and the walls of the forecourt. Sherds thought to be from the same vessel were found in the fill of several chambers and under the forecourt blocking, apparently confirming the 'single event' hypothesis. Piggott's notion that the barrow had remained open and in use for "up to a thousand years" became widely accepted.

But it now appears that this was not the case: latest dating techniques and a reassessment of the 1955-6 dig indicate that the barrow's mortuary use lasted for only a generation or so - between ten and thirty years. Also, there was far more human bone in the secondary fill than realised in the 1950s, which partially explains the error in the original estimated number of primary burials. In 1955-6 it was thought that most of the primary burials in the WKLB were disarticulated when deposited: the current view rejects this.

The quality of Piggott's work is not in doubt, but carbon-dating was then in its infancy; the recent reinterpretation was only made possible because the 1955-6 excavations had been so well recorded. Modern dating applies Bayesian statistical techniques to a large number of carbon date samples for a site, producing overall distributions of likely dates for the site's usage. This is far more useful than the dates of individual artefacts, which may already have been old when deposited. The results are expressed as calibrated calendar dates with a percentage probability. In the WKLB it appears that the primary burials were deposited as mainly articulated bodies. Although some bones found on the chamber floors may have come from disarticulated bodies that were dead before the monument was built, and had already been buried or de-fleshed elsewhere, this is now regarded as unlikely.

The best current dating for the WKLB derives from 31 samples, taken from 25 human skeletons and a goat. 19 of the humans were primary deposits; six humans and the goat were secondary. Two dating models were used. As one model produced dates with a probability as low as 14% it is ignored here for clarity.

The West Kennet long barrow was constructed in 3670 - 3635 cal. BC (81% probability). Burials in the chambers most likely began immediately after construction and ended in 3640 - 3610 cal. BC (77% probability). This indicates a period of primary use that lasted only 10 - 30 years (68% probability). Then followed a 'period of abandonment' lasting little more than a century, which left no signs of activity. The chamber entrances were then blocked with sarsens and it is very likely the main entrance was also blocked then, possibly as a ritual act.

In 3620 - 3240 cal. BC (95% probability) the passage and chambers began to be infilled. Chalk rubble and secondary deposits, including human bones and cremations, were deposited on top of the primary burials, some of which had already been covered by collapsing drystone walls. Entrance blocking stones had also collapsed onto primary burials in the SW chamber, again covering primary deposits and confirming that the chambers were blocked before the infilling began.

For a thousand years or so the process of adding infill continued, by which time it had reached up to the capstones of the roof. It was through the roof that the infill was added. This would have involved the temporary removal of huge and heavy sarsens so must have been a communal event, drawing on the skill and experience of those who had seen it done before as much as on muscle power - the stones also had to be accurately replaced each time.

Source: Bayliss, A. et al, 2007, 'Talking About My Generation: the Date of the West Kennet Long Barrow' in Cambridge Archaeological Journal Vol 17 No.1 (supplement).

The WKLB's huge blocking stone, no 45, dominates the reconstructed facade. There was a suggestion some years ago that instead of being set vertically, as it is now, Stone 45 may have originally have been set horizontally as a roofing slab. If so, the passage would have been considerably longer and may have extended across the forecourt. However, two Stukeley drawings appear to disprove this theory. 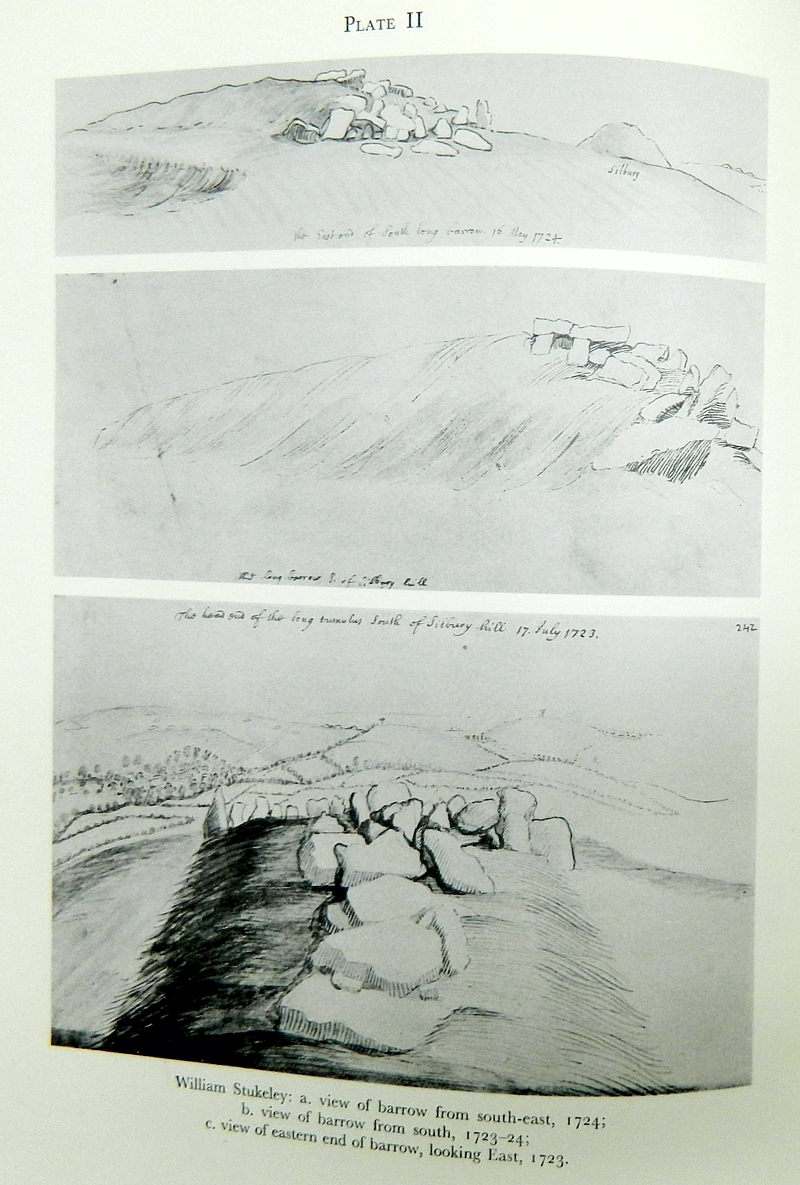 Steve Marshall's investigation of  the West Kennet long barrow's acoustics is detailed in this peer-reviewed paper from Time & Mind 2016:

Article by Steve Marshall  exploring the use of knappd flint knives as sound-producing bull roarers. Published in British Archaeology, 2010.