Square 85:
a. Wansdyke, not so easy to see as it passes through the woods.
b. Large bowl-shaped barrow, apparently not opened.

Square 87:
a. Wansdyke continues due east.
b. Forty or more sarsen stones, lying near together in apparent disorder; but whether or not they ever formed a circle or circles is open to doubt.

Square 89:
a. Western portion of Martinsell Camp.
b. The earthworks on Hewish Hill continue.

Square 90:
a. Martinsell Camp is one of the most interesting spots on these downs.
b. East of the camp are many circular depressions in the turf. These are none other than the pit dwellings or hut circles of the Ancient Britons. 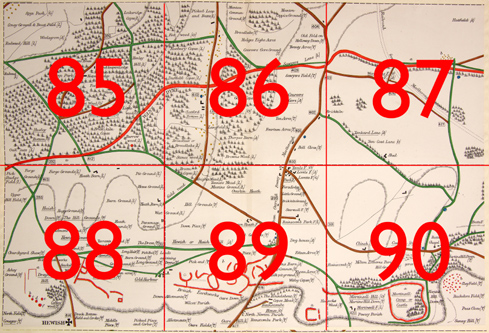 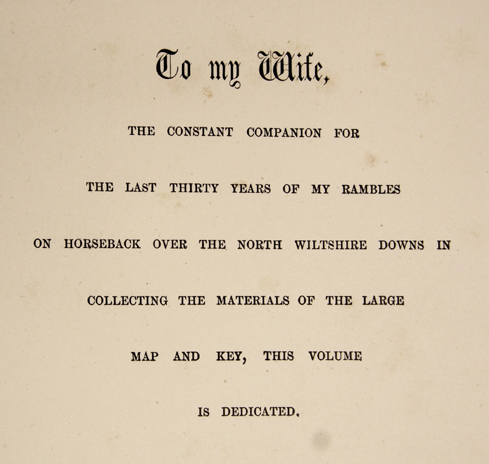